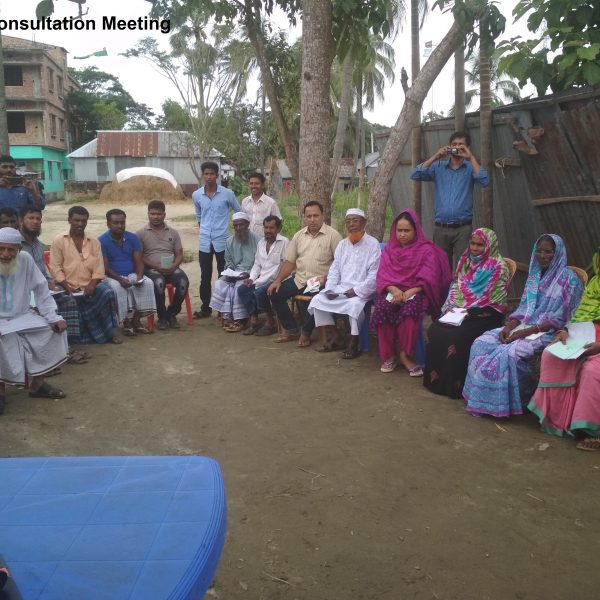 Conversion of Existing Rail Line into Dual Gauge Double Rail Line and new Construction of Rail Line between Akhaura and Laksam:
It is an investment project of Government of the People’s Republic of Bangladesh. The project is designed under the Regional Cooperation and Integration Project (RCIP), Rail Component for Sub-regional and Trans-Asian Railway (TAR) connectivity and improvement of the communication system between and among the South Asia and other Asian Countries with Bangladesh.

In accordance with the updated Resettlement Plan (RP), June 2015, the RP approach incorporates (i) compensation for land and structures at full replacement cost prior to relocation; (ii) moving/relocation assistance; (iii) income-restoration measures including a livelihood restoration program (LRP); (iii) special assistance, particularly for women and vulnerable groups; and (iv) assistance to secure housing and rental spaces by the non-titled person living on BR land. The project covers the administrative areas of Akhaura andQuasbaUpazilas under Brahmanbaria District, and Brahman Para, Birching, Comilla Sadar, Comilla Sadar South, and LaksamUpazilas under Comilla District.

The Asian Development Bank (ADB), European Investment Bank (EIB) and the Government of Bangladesh (GoB) are the co-financier of the project for the period July 2015 to December 2019.